Can You Flip Land in Pittsboro North Carolina? 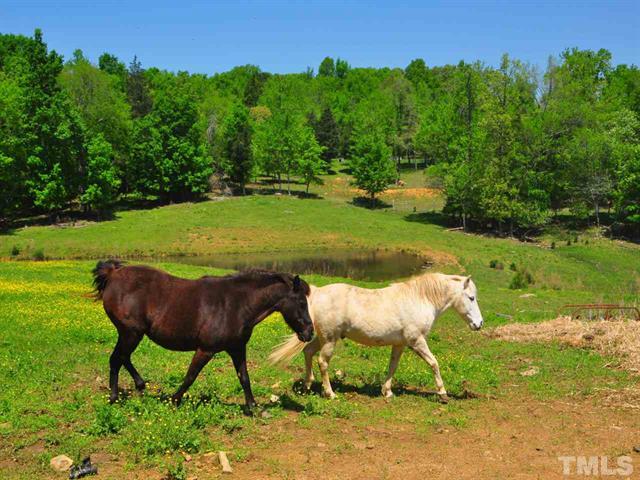 People are flipping land, it’s called development and people are flipping it. So, if you were to get a 20 acre tract right now, depending where it is in Chatham County. First and foremost you want to see how many potential lots can we get out of it. We have municipal sewer in Pittsboro, Siler […]

When will the new Autozone be done in Pittsboro NC in 2017? 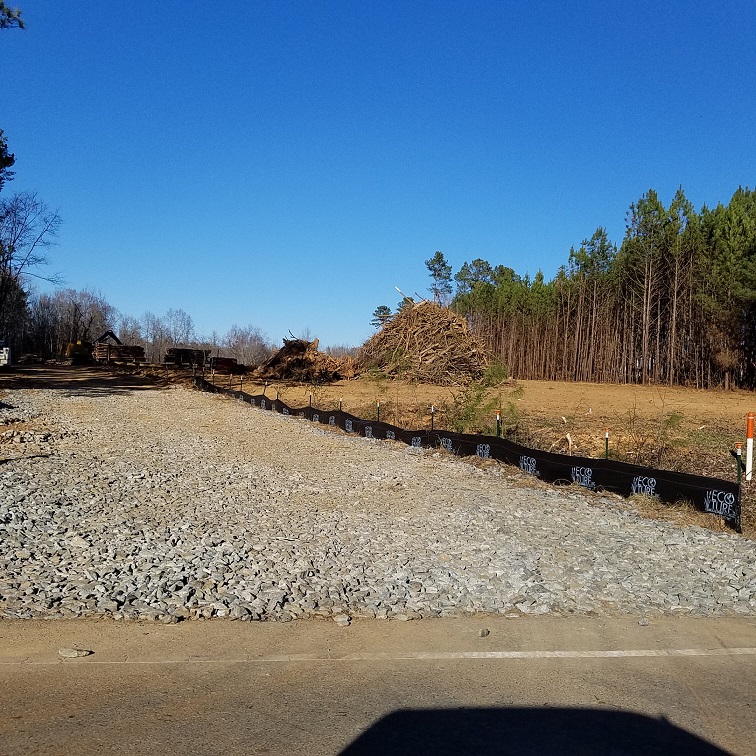 ** The New Autozone is now OPEN for business! **   Local rumors suggest the new Autozone coming to Pittsboro is scheduled to be done in March 2017. Job websites are already seeking employees to fill positions at the Autozone. The new Autozone is located near Powell Place, just across from the McDonald’s by Lowe’s […]

What’s the Difference Between Rivers and Streams in Chatham County?

There are many tracts of land within Chatham County that have a river or stream running through them, or along one of it’s edges. Knowing what kind of water feature runs through or next to your property is important, because it can effect the boundaries that you share with neighboring properties. The Rocky River, Haw […]

The 15/501 Bypass has been in discussion since the 1970’s. Eventually, due to Chatham Park or other inevitable growth, the congestion around the traffic circle at the Pittsboro courthouse will substantially increase, and the 15/501 Bypass will be implemented. 15/501 is a truck route, and as traffic struggles to get around the traffic circle, Chatham […]

If you are looking to purchase or sell commercial property in Siler City NC please do not hesitate to give me a call. I have located and sold commercial properties all over Chatham County and own and lease it myself as well. I am the most experienced and accredited land guy in the area. Commercial […] 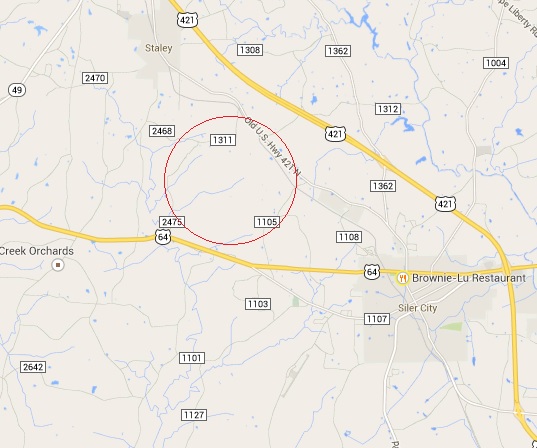 Today the Chatham-Siler City Advanced Manufacturing Site received a new name. It was previously called the Chatham Randolph Megasite. You can read the announcement here. The megasite is huge news for Chatham County. It has NC Certification and is ready for development. It will most likely become the home of a large auto manufacturer. You […]

December 30, 2014, The Triangle Land Conservancy announced that they have an additional 345 acres of working farmland permanently protected in Chatham County. The conservation easements protect land along Tick Creek. Tick Creek feeds the Rocky River, an impaired waterway. This also protects several types of mussels, which are state and federal species of concern. […] 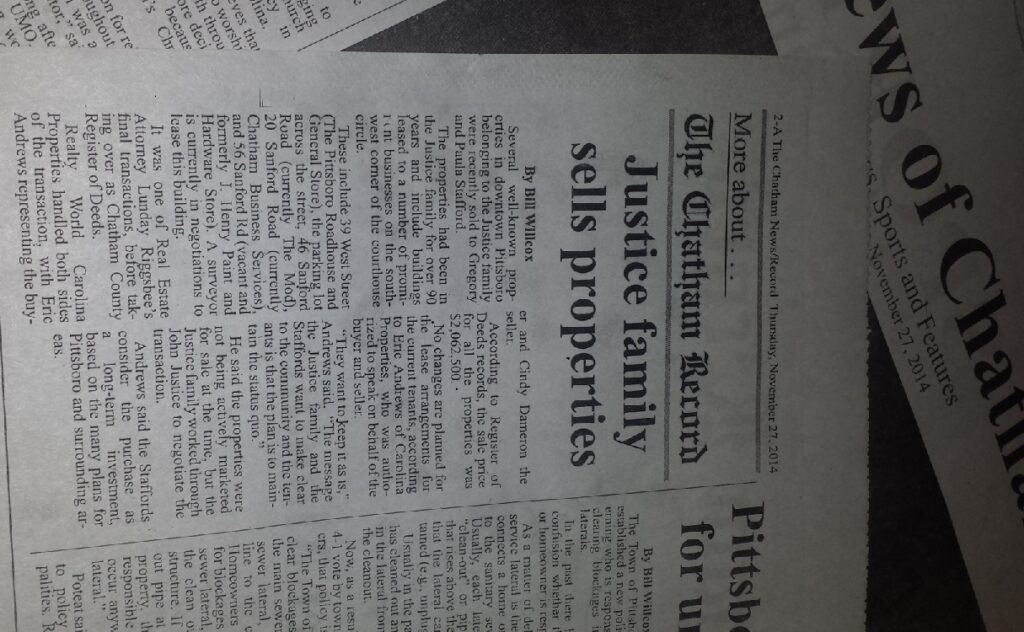 We deal with all sorts of land transactions throughout Chatham County and all of central North Carolina: farm land, vacant land, land for new home construction, commercial land, you name it. Almost all vacant land that we put up for sale needs vegetation cleared. So, how do you go about accomplishing this? That is what […] 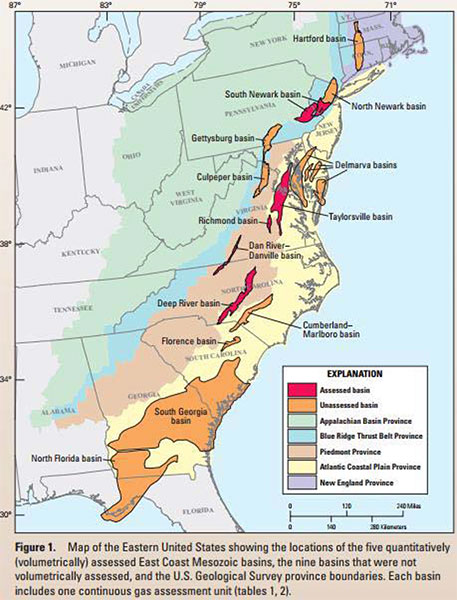 A major concern among residents of Chatham County is Hydraulic Fracturing. Many landowners in this area are on a well. What happens if a neighbor leases their land for fracking? Is fracking dangerous? I get asked often if hydraulic fracturing (aka fracking or hydrofracking) is dangerous or not. Simply put, I do not know. The […] 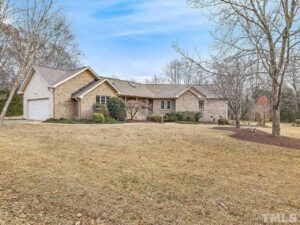 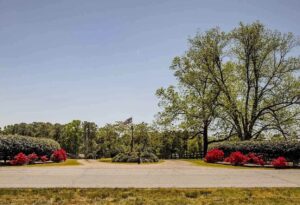 Equestrian Estate in Sanford NC Sold for $1.7 Million in November 2021 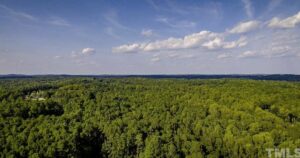 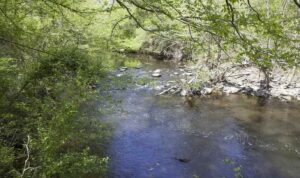