Chatham County’s Land Sales Expert Eric Andrews explains why small tracts of land should be percolation tested before going up for sale, especially in our area. If your land is under 20 acres and it isn’t perc tested, it may show up in Zillow or other websites as “Doesn’t Perc”. Land that does not perc is worth significantly less than land that does perc.

Speaker 2:           It’s so important. So, we have an office policy that if it’s less than 20 acres, you have to go out and get an individual perk site for this property. And the reason why that’s so important is because, if it’s less than 20 acres, people are looking at that, not necessarily for a farm or to subdivide, they’re looking at that as an individual buildable lot. And, now, with all our RSS feeds and some of the paid-for websites that we utilize, when you list a property with me and with this company, it’s going to be fed to 800 different websites now. So maximum, maximum exposure. And, of course, there’s the big three, like realtor.com, Trulia, Zillow. Those are our bread and butter, but there’s still some smaller ones that we utilize.

And there’s some that I pay for out of pocket. So you have Land Watch, Lands of America, Farms and Ranch, so there’s all these different individual websites. However, there’s only two options. Do you have a perk permit that is current, approved, and in hand, or you don’t, and that is an MLS feature. So, when you say you have a perk permit, you check off yes, and then it goes to all 800 of those websites and they have different features. But it’ll say, does it perk? And it’ll say yes.

Well, when you check that you don’t have the perk permit in hand, it doesn’t mean it doesn’t perk, but on that MLS feature you have to check off no. It’s because it’s asking whether or not you have the permit in hand, and then it’s going to 800 different websites and it’ll say, does it perk? It will say no. So it’s really an unfair way to portray that property, because, it may not actually perk, we don’t know and everything, but chances are it probably is going to perk, but that property is unfairly stigmatized and not marketed properly. So there are a lot of people that know Chatham county, that when they go on to any of the websites, they’re going to filter out all those ones that say no and they’re only going to look at the ones that say yes. That’s why it’s hugely, hugely important. Well, if you have a small tract of land that’s not on municipal sewer, we have to get a perk permit from the county. 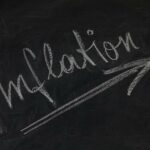