What is going to happen to real estate in the future?  Some people can say they don’t know… we know.  Just not the exact when.  First, I need to come to terms with the fact that I was all doom and gloom back in March with the unexpected activity, I predicted that September and October were going to be bad.  Things have definitely slowed down, but they are no means bad.  Why?  I have an excuse.

Let’s pretend I am a teacher and we will give a basic economics lesson on real estate.

In 2000-2005 real estate increased 50% in value.  Loans were easy to get.  Do we remember “Liar’s Loans” or “Stated Income”?  40% of the real estate mortgages were investments or second homes.  I bought one.  Banks got rich.  Mortgages got packaged.  Good mixed in with the bad.  (Bad hamburger mixed in with the good….AAA with subprime.)  It was a recipe for disaster.  Too big to fail?  So good they made a movie about it.  People dipped.  They took money out of the real estate, the inflated equity, and went on vacations.  Bought cars.  And bought more real estate.

Then the bottom fell out.  Because people had little or no skin in the game they could walk away.  This firm saw buyers go to closings in 2005 and leave with a check.  Not sellers.  Buyers.  People stopped paying.  Banks realized their packaged loans were contaminated and investors dropped out.  That caused the banks to pull back.  There was a sleaze factor with some people betting on the short, but that was minor, and too complicated for this econ class.

I conducted an Auction for 26 Lots in Chapel Ridge around that time.  The reserve on them was 50% of purchase price.  People paid $75k-$225k for lots and I was getting no calls at half the value for opening bids.  It was a disaster.  We sold 3.  Evidently the crash was worse than we expected.  Lots would eventually sell in the Teens in CR.  We had no idea it was this bad.  I went on listing appointments and told people their homes were worth what they had paid for them 5 years ago.  People screamed at me.  I remember one woman getting up from the table and running to the bathroom to get sick.  They had paid $325k for their home.  It went “Up” to $400k and they got a HELOC.  There were two brand new SUVs in the driveway.  They eventually sold the home for $335k and it didn’t appraise.  They ended up taking $327,500 and paying the difference out of their 401k.  That is how things went for a long time.  Agents and attorneys started to become Short Sale Experts.  We had a sick record on short sales in the office….$20k below, $30k below, $40k below…$75k below what they owed.  And then we got the record…$150k below…a little old couple that owed $600k and got $450k.  Tenants got foreclosure notices on their doors.  People were collecting rent and not paying their mortgages.  It was a crazy time.  Foreclosures were taking a long time.  People were calling us on vacant homes and the bank would not respond.  The banks, Fannie Mae, Freddie Mack, and HUD did not want to saturate the market.  The were spreading the hurt over time.

The country needed a fix.  The government decided to help the banks instead of us.  We limped back to the slowest recovery in our Nation’s history.  I remember telling people in 2014 we were at 2003 prices.  And then we got back up to where it was before “The Crash” and then we got over 2007 prices.

The Recovery is the next stage.  Low interest rates.  Low unemployment.  Lots of people start buying again.  Prices began to rise.  California, Florida, Nevada and Arizona had fully recovered from their huge drops. In NC, Raleigh and Charlotte never took a big hit prices came back and even higher.  Second homes and land were still softer than they were before.  Back in 2006 I didn’t even list homes.  This year almost 50% of my business is residential.  Learn to adjust.  I “specialize” in whatever it is you are selling.

Then we get into the next stage.  The low-inventory stage.  How long have we been complaining about the shortage of inventory?  Seems like a year or more.  First it was the Magic Kingdom.  Then Durham.  Then Pittsboro!  Due Diligence Money began to rise.  Prices began to rise.  We often have multiple offer situations.  Things started to come in short on appraisals.

Covid-19 strikes and we have a neck breaking drop in employment.  We have recovered some of those numbers but we are still double the number of unemployed in a growing economy, (4% vs. 8%).   One of the nasty things about unemployment…unemployment causes more unemployment.  People are going to start missing payments.  So, there you have it. Boom!  People are unemployed and the prices plummet just as I predicted they would in March come September.  Nope.  It should have.  But a new word came into popularity.  Forbearance.  It literally means “holding back.”  Lender and borrowers have a special agreement to postpone payments.  (This was a part of the Cares Act passed by Congress.)  We have successfully kicked the can down the sidewalk and it may have been the right thing to do.

What can the banks and government do to prevent this from crashing hard?  They can lower interest rates.  No.  They can’t do that, can they?  They could continue with extending the forbearance, but how long can that last?  Most exerts say 6 months total, so we are close to the end of that being an option.  Hey!  How about a government bailout?  I don’t think people have an understanding of the numbers.  The US has $16 Trillion in mortgage debt.  Free health care for everyone is estimated to be $3.26 Trillion per year.  Free College would only be $79 Billion with a B per year.  Just the interest would over $6.5 Billion per year.  Staggering numbers.

Banks Are Preparing for a Drop in Value!!!

The only option will be to foreclose or for prices to come down.  Now is not the time for people to be aggressive high on prices if the need to sell.   There is a difference.  Wanting to sell and needing to sell.

I merely describe the path of the projectile.  This is natural law.  Like gravity.  I observe the facts without biases.  I don’t listen to my feelings, or what I want to happen.  I determine the arc’s path and watch it as it nears its landing.  There the truth lies.  Right at my feet.

Pittsboro Real Estate Broker Eric Andrews discusses the pros and cons of using a “franchise” agent vs an “independent” agent. The biggest advantage a franchise

North Carolina Sellers: Beware of Too Much Due Diligence Money in Real Estate Transactions

NC Real Estate Broker Eric Andrews explains that sellers should keep in mind with big due diligence checks come big expectations. Interviewer:           Can you have

Can You Sell Residential Property as Commercial Land in Raleigh NC?

A property which will be used as commercial in the future does not necessarily need to be rezoned by a seller prior to sale. When

Is the Zillow Zestimate Accurate in Rural Areas?

How the Internet is Changing Real Estate Sales

The internet has become an excellent way for real estate agents to market their properties. Many websites allow buyers and sellers to see each other’s 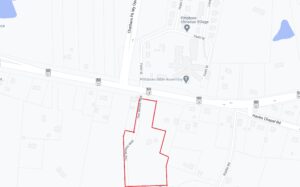